A few years into my running, my adult kids purchased a GPS watch for Christmas 2015. The chart below is the stored running data (in miles) from the last few days of 2015 through October 2018. 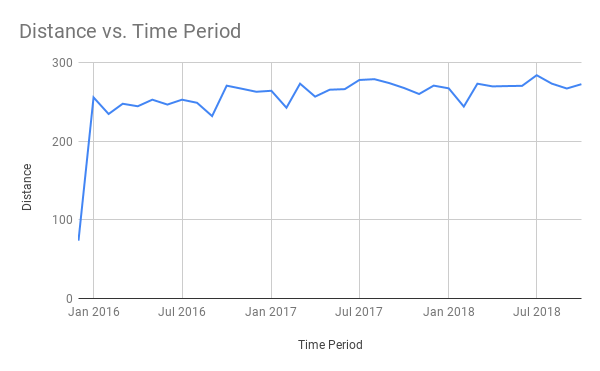 As of this post in early November 2018, Garmin has recorded 9,000.85 miles ran. Wow! In 4 months or so it will be over 10,000 miles logged! I’m guessing I’m already over that as there were three years before getting the GPS watch. LoseIt says I started with them in April 2012 and ended in October 2016 (I’ll explain in a different post). The LoseIt chart below reflects the calories burned per month, and I’ve consistently been over 25k per month since April 2014. The point being… blah-blah-blah… it’s over 10k miles. Sheesh, so wordy! 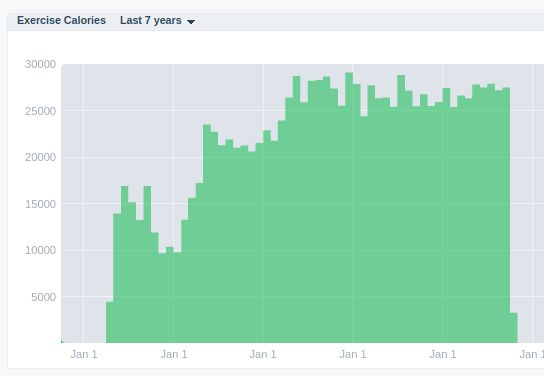 I have a Garmin Forerunner 10 which has held up very well. It’s not a fancy model, but it has been reliable. It doesn’t have Bluetooth, so I plug it into the USB cable each day when I return, it syncs up, and the battery is charged and waiting for me the next morning consistently. Thank you, Garmin!

I know people with fancier models that sync with your phone as they go, but I don’t see the need for the bells and whistles as this model does all I need. Keep it simple!

The shoes to wear