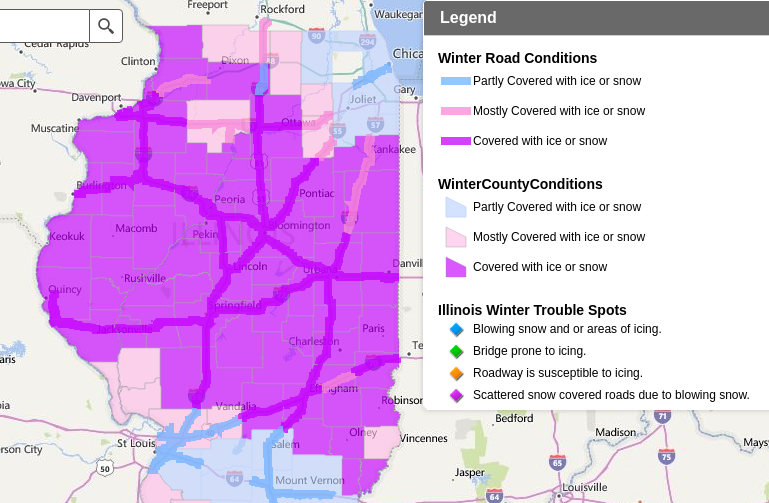 The first significant snow of the season began overnight. In town, there were about 2-3 inches when I started the morning run. We knew it was coming so I knew I’d have to be mentally prepared for the conditions.

The plows had been through the town streets a few times since it began, so the roads had less standing inches but were messy and spotty where it was hard to determine what was an ice chunk or a soft snow pile. I decided to run into the wind and blowing snow as I started out so as to get a better vantage point of the weather out in the fields.

Just a few houses down from mine I hit a patch of ice beneath the plowed snow and down I went. While it only takes fractions of seconds to fall, I could hear the UGH! coming out of my mouth before I hit the ground. I landed primarily on the right-glute and right arm. Covered with snow and wondering what is going to hurt later, I get up in a slow trot and scan to see if everything is functional. Tender, but no broken things and no major complaints, I continue the trek east into the blowing snow.

The first mile facing the wind there were some vehicle tracks to follow through the unplowed county road, I decided to head south at the next option, again using the vehicle tracks as a break from the deeper snow. The mile ahead I could see a snow plow heading toward me, and I’m guessing the driver thought “what a nut-job” as we passed. At least that mile provided some options without a few inches of loose snow.

Sadly, the next mile was unplowed and even deeper with snow as the wind was creating drifts that were probably 6-8 inches deep in places, yet onward is the goal. Turning right toward the west the wind was at my back which was a nice relief from the snow hitting my face, but the snow was deeper! I did find an occasional vehicle track which dropped the depth back in the 2-3 inch range and was easier to drive forward, the other issue with snowy conditions like that is you cannot see the surface well as everything is definitionless white.

The first mile heading north was a better road as it was a higher road making the east side of it safer as the snow was being blown to the west side. The 2nd and 3rd miles north had been plowed and were easier to navigate while anticipating slippery surfaces.

My average mile time was 9:48 at the end of this which I didn’t think was bad considering the fall and the tight-n-short stride I had to use to be more cautious, plus running in the deeper snow requires a higher leg lift and slower pace.

Hey, it’s winter in the midwest, like-it or leave-it. I like variety, so this works for me and helps me appreciate the times when I have better surfaces to run on.